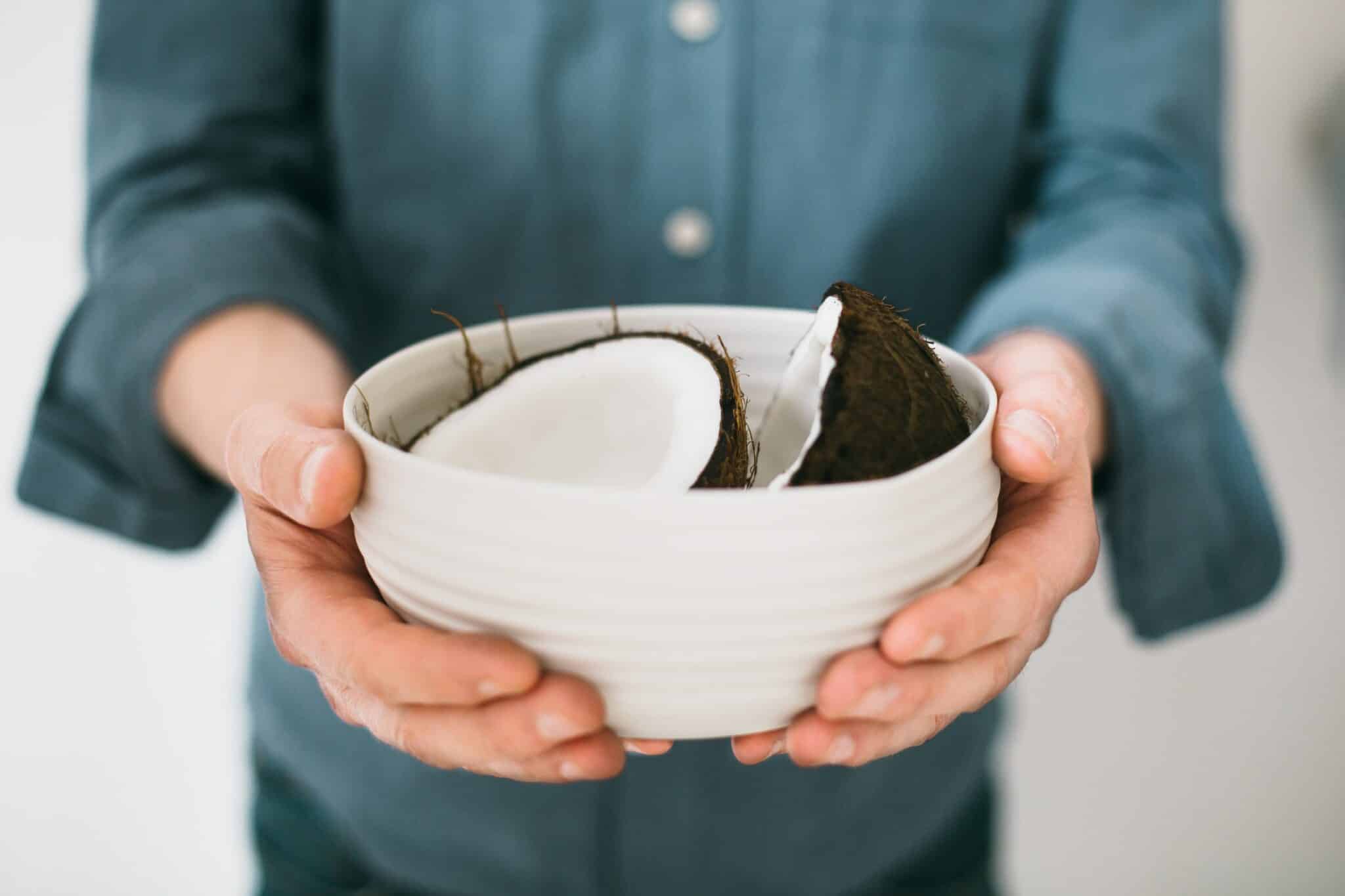 The Verdict on Coconut Oil

However, it came as no surprise to most of us in the nutritional therapy world. Only last year, the Harvard Medical School posted a blog about coconut oil asking the broad question: how can something that’s “chock-full of saturated fat – a known culprit in raising heart disease risk – be good for you?”1.

According to Joseph Mercola MD, this is simply another promotion of the American Heart Association’s (AHA) view that saturated fats clog the arteries, despite an abundance of published nutritional science to the contrary2, 3.

How can something that’s “chock-full of saturated fat – a known culprit in raising heart disease risk – be good for you?”

Michels went on to say that replacing saturated fats with polyunsaturated fats, such as vegetable oil and margarine, might cut heart disease risk. However, this is not a view shared by Frances Sladek PhD, toxicologist and professor of biology, who maintains that when vegetable oils like corn oil and sunflower oil are heated, high levels of cancer-causing chemicals are produced. This is in sharp contrast to the low levels produced by coconut oil and other saturated fats4.

The vilification of saturated fat and the corresponding low-fat myth took hold in the 1960s. At that time, Ancel Keys, nutritionist at the University of Minnesota, secured places for himself on the boards of influential bodies in American healthcare, including the AHA. From there, he and his allies issued authoritative advice to the nation showing a correlation between saturated fat intake and death from heart disease.

Although he had shown this correlation, he had not excluded the possibility that heart disease was being caused by something else. Years later, research on which he relied was questioned and it was found that the food that correlated most closely with deaths from heart disease was not saturated fat, but sugar5. By then, the fat hypothesis had taken hold despite mounting scientific evidence discounting the effectiveness of low-fat diets, which had been shown as part of a 50-year fad with disastrous outcomes6, 7.

Researchers have also discounted the notion that having high cholesterol is a main contributor to heart disease5. This is the fundamental premise on which the AHA and Michels conclude that saturated fats and coconut oil, in particular, are bad for you. When it comes to LDL cholesterol (the so-called “bad” one), particle size and number are relevant5.

There are large fluffy particles (low risk) and small dense ones (high risk). Although we didn’t have this information in the 1960s, we have it now and it is of pivotal importance as a risk factor for heart disease5. It comes as no eye-opener that sugar encourages harmful small dense LDLs, whereas saturated fats promote the safer fluffier ones5.

Very simply put, dietary fat can be classified into two broad categories: saturated and unsaturated fats. Saturated fats are mostly animal-derived, although some are extracted from plants. They include butter, lard, dripping, coconut oil and palm oil, and are generally solid at room temperature. Unsaturated fats mostly originate from plants and include nut oil and olive oil. They are liquid. Trans fats (or hydrogenated fats) are chemically-altered unsaturated fats converted into solid trans fats.

Whereas unsaturated fats are generally regarded as beneficial, we have been receiving mixed messages about the healthfulness or otherwise of saturated fats over the years.

Whereas unsaturated fats are generally regarded as beneficial, we have been receiving mixed messages about the healthfulness or otherwise of saturated fats over the years. Trans fats are the least healthy of all fats because they are difficult for our bodies to process and are associated with type 2 diabetes, heart disease and stroke.

Hydrogenated fats is the “bad word” to look out for and avoid in this regard. The hydrogenation process makes them suitable for industrial-scale baking and prolongs shelf-life. Examples of foods that may contain hydrogenated fats are stick margarine, fast foods, commercially-baked goods, fried foods and processed foods.

In saturated fat molecules, the carbon atoms are held together with single bonds, making it impossible for a bond to loosen in the same way as unsaturated fats. The fat molecules have all their carbon atoms fully “saturated” with hydrogen atoms already. This makes them more heat-stable, and that is why saturated fats such as butter, lard, goose fat and coconut oil are recommended for cooking.

MCTs are metabolised differently. They are shorter, and when you eat them they are transported directly to the liver, where they are rapidly broken down and absorbed. When the liver breaks them down they can be turned into ketones and quickly used as an instant source of energy rather than stored as fat. Certain other fats, such as palm kernel oil and dairy products, contain MCTs as well.

My verdict on coconut oil as a nutritional therapist

Dr Aseem Malhotra, influential British cardiologist and world-leading expert in the prevention, diagnosis and treatment of heart disease (and founder of the campaign group Action on Sugar), has called Michels’ claim “entirely false”. According to Dr Aseem Malohtra, it is not evidence-based and should be disregarded as “ unscientific nonsense”.

He points to research published this year in the British Medical Journal, which revealed that compared to olive oil, coconut oil had no adverse effect on cholesterol profile, but in fact, potentially improved it9. He maintains that when looking at the totality of all the scientific evidence, there is no long-term damage caused by eating saturated fat.

My verdict, in answer to the question of ‘is coconut oil healthy’, is yes. Organic unrefined coconut oil is healthy, subject to the following provisos…

My verdict, in answer to the question of ‘is coconut oil healthy’, is yes. Organic unrefined coconut oil is healthy, subject to the following provisos:

I recommend coconut oil for the following reasons: