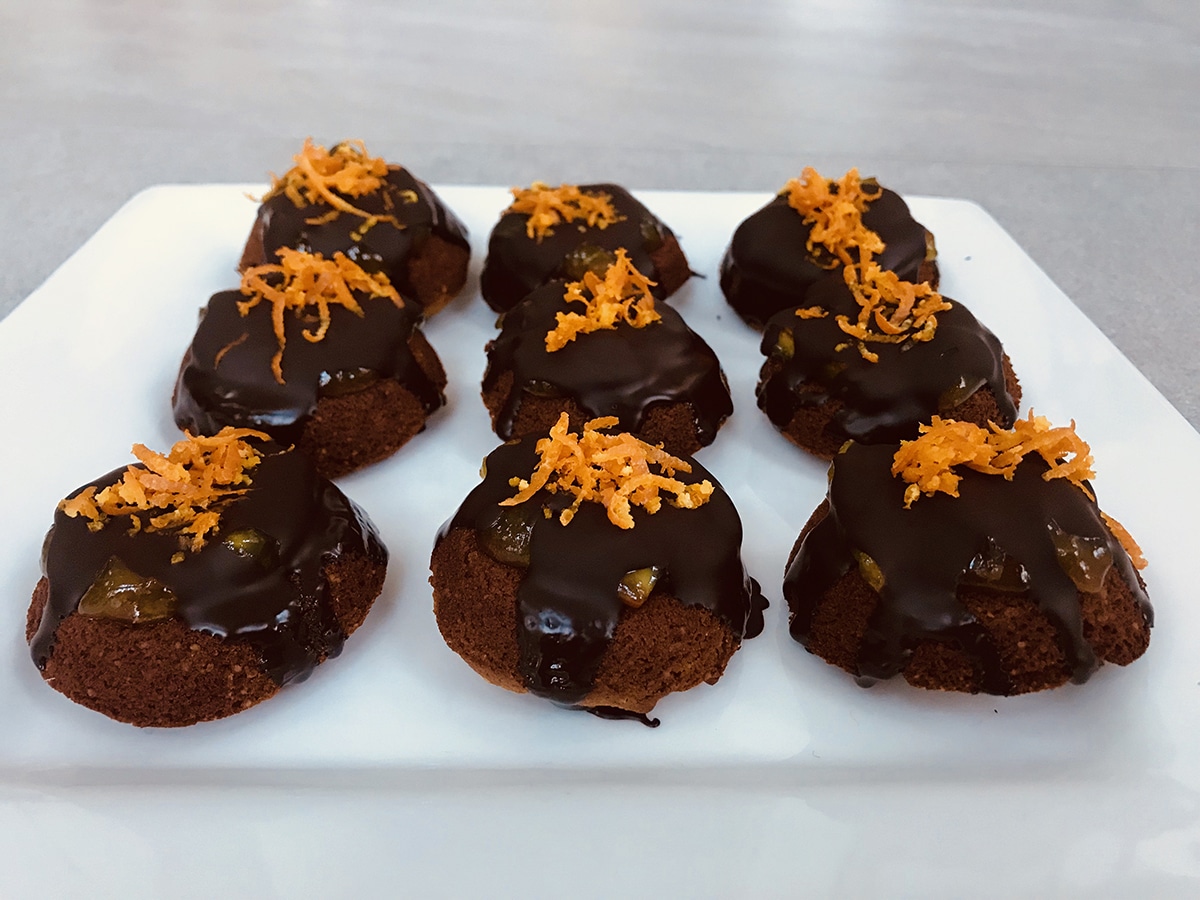 This is a recipe I found online and modified from Nadia’s Healthy Kitchen. The gluten free flour I have used is chestnut flour. I don’t like typical replacement gluten free processed flour for the reason that it is highly processed. Other gluten free flours I recommend are  quinoa flour or brown rice flour. I have substituted the maple syrup for Yacon syrup (see Sugarsafe tips).

Pre-heat oven to 180 C. Mix together the dry ingredients, then pour in the wet ( coconut oil, Yacon syrup, milk ). Mix to combine. Grease a muffin tray and transfer 2 tbsp of the batter into each muffin case.

Bake for 15 minutes or until a knife inserted in the middle comes out clean, and allow to cool. Top each muffin with 1 tsp marmalade – then drizzle some melted chocolate on top.

If you prefer to make your own  jelly rather  than use the marmalade, mix in a small saucepan 1/2 cup orange juice,1 tbsp each of Yacon syrup and orange zest and 1/2 tsp agar agar until it starts to boil. Allow it to cool and then use as indicated. This is the original recipe modified with the Yacon syrup.

Put into the fridge for about 10 minutes until the chocolate has set. Decorate with a sprinkling of orange zest. Store in an airtight container for up to 3 days.

Yacon syrup is a natural alternative sweetener to sugar. It contains fructans and is a source of  soluble dietary fibre. It is extracted from the roots of the yacon plant.

If you enjoyed this sweet treat, why not try my sugar-free, gluten-free chocolate frosted cake?

This paleo loaf is so moist, light and tasty. It’s hard to believe it’s grain-free. Toast it, cut it into...

This is a great breakfast to throw together the night before to save you time the next morning. Soaking the...

The protein in eggs is of the highest quality and much better than in any other food. Eggs also contain...