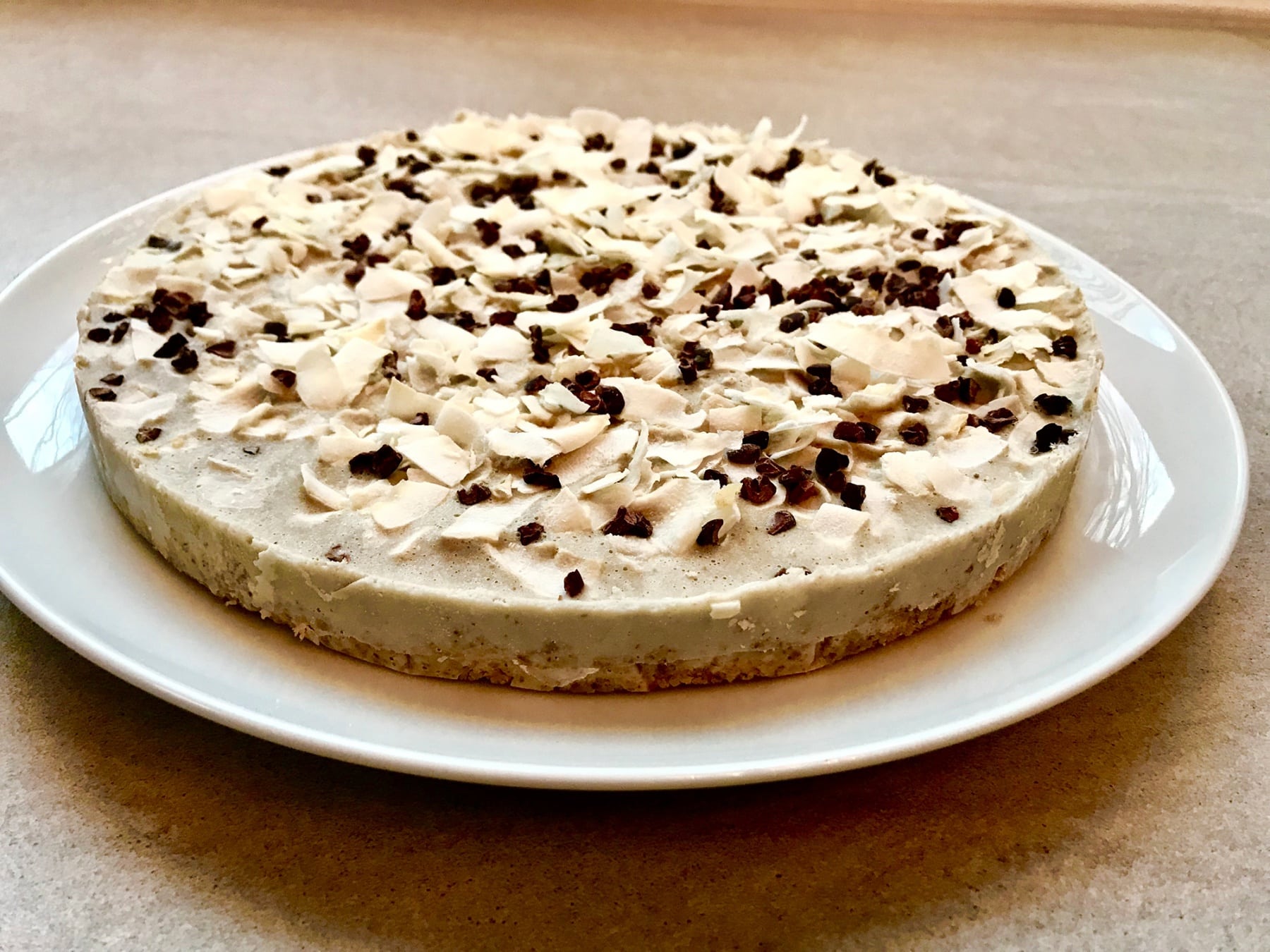 This raw vegan coconut and banana cheesecake is full of nourishing ingredients and is suitable for those following a vegan/keto/paleo lifestyle. The key to the delicious base is to pulse the walnuts long enough so they turn into a crumbly texture but not so long that they become nut butter.

Line a 18cm springform cake tin with parchment paper. Pulse the walnuts, cinnamon and coconut oil in a food processor until it reaches a crumb consistency.

Spread the filling over the base and sprinkle the coconut flakes and cacao nibs over it. Place the tin in the freezer for at least an hour until the edges are firm. It is even better if frozen for longer. Overnight is ideal. Remove from the freezer and take the cake out the tin and slice into small slices.

This sugar safe dessert is suitable for those following a vegan/ keto/paleo lifestyle. It has a high healthy fat and protein content, which will guard against spiking blood sugar levels. Yacon syrup is a natural alternative sweetener to sugar. It contains fructans and is a source of soluble fibre. It is extracted from the roots of the yacon plant.

This paleo loaf is so moist, light and tasty. It’s hard to believe it’s grain-free. Toast it, cut it into...

This is a great breakfast to throw together the night before to save you time the next morning. Soaking the...

The protein in eggs is of the highest quality and much better than in any other food. Eggs also contain...